CREATOR OF SELF DEFENSE SYSTEM
He is recognized worldwide as one the foremost experts in unarmed self-defense and is credited for developing one of the most complete self-defense systems in the world, ﻿Sei Ei Do﻿ (The Elite Path of Mastery).

Professor Johnson has developed a system that lacks nothing except an individual’s desire to obtain an “Elite Level” of personal self-defense ability.

KNOWN WORLDWIDE
There is little wonder why he is in such demand by Law Enforcement, Security, and Military personnel, Executive Protection Specialists, and Martial Arts Instructors throughout the world.

In 1990 Professor Johnson graduated from the “Harvard of Bodyguard Schools” Executive Security International. Graduating #1 in his class and achieving the highest overall score to that date, he became a “Certified Protection Specialist.” On the competitive level, Professor Johnson is a two-time State Gold Medalist and a National Silver Medali﻿st.

INVOLVEMENT
When it comes to Community involvement, Professor Johnson has:

He has received citations from both the State Senate and Legislature and has been nationally recognized as “Business Man of the Year.”

APPEARANCES
He has appeared:

He also held the position of Head Impact Weapons and Weaponless Defense Instructor for The Police Science Institute.

Professor Johnson received his Bachelor of Arts Degree in Psychology, an M.B.A. in Global Business and Electronic Commerce, an M.P.A. with a specialization in Finance, and is currently pursuing his Doctorate in Business (DBA). He is currently President of the International Seieido Federation, Founder of the "Hall of Masters," Founder of The Elite Black Belt Hall of Fame, Founder of The Elite Black Belt Camps and Director of Tactical Training International. 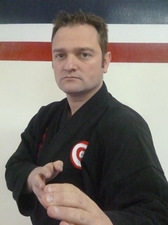 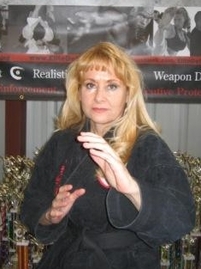 Isa Tenchio is a 5th Degree Black Belt in Seieido and an EMI (Elite Master Instructor). She is also a 3rd Degree Black Belt in Tae Kwon Do (Kukkiwon). She was the FIRST female to successfully graduate as an Elite Black Belt and the FIRST Female Martial Artist Hall of Famer in the country of Uruguay!  Isa was inducted into the IIMAA Hall of Fame in 2011 and named "Woman of the Year." Isa has successfully completed 8 EBB Camps. 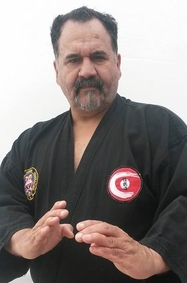 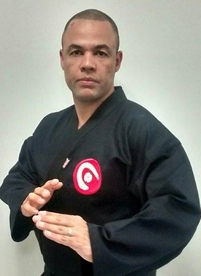 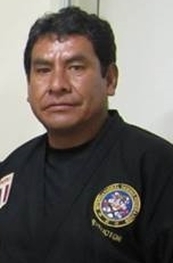 Master Acha has been associated with the International Seieido Federation since 2009 and is a "Head Law Enforcement Instructor" for the country of Peru.